Since 2006, Earl Robinson has been suffering from pain related to a serious ATV accident that almost killed him. He almost died and was brought back twice while he was in surgery. Unfortunately, the doctors who helped him did not fix the injuries to his back. Robinson says that he lived with back pain for years by relying on pain medications to function. 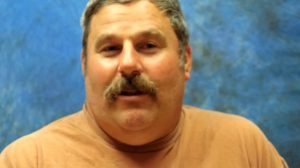 A couple of years ago, the pain in Robinson’s lower back worsened significantly. He was only able to climb the stairs by taking them one at a time, making it difficult for him to complete his work on airplanes. Robinson thought he might need to undergo back surgery, but he was scared to do so. Several of his friends and his father had told him about their negative experiences with their own back surgeries. His pain worsened so much that he finally decided he had to do something. He reports that he thought, “I’ve got to do something because I can’t function anymore.” He then scheduled an appointment with the Spine Institute Northwest.

The team at the Spine Institute Northwest explained minimally invasive back surgical procedures to Robinson, and he underwent further tests. The exams revealed that he had lost 93 percent of the function of the nerve that innervated his right leg. He was told that the staff couldn’t believe that he was even able to walk.

On the day of his procedure, Robinson came into the office. Dr. Solomon Kamson performed the procedure, and Robinson was able to go home the same day. He says that he only experienced a muscle soreness after the surgery.

According to Robinson, “Now, I’m thousands percent better than where I was before.”

Robinson is very happy that he chose the Spine Institute Northwest for treatment. He feels that the staff truly care about their patients and what they do. Dr. Kamson has told Robinson not to push the limits until he is completely healed. While he occasionally does try to push it, he stops as soon as his body tells him to stop. Robinson believes that it is important to follow Dr. Kamson’s advice.

When Robinson meets others who are in pain, he tells them about the Spine Institute Northwest and recommends that they go see Dr. Kamson for help instead of trying to rely on pain medications.

To hear more about Earl Robinson and how minimally invasive back surgery helped him, watch the video below.

Washington Police Officer Gets Back to Work