Ryan Shazier’s life and career were altered forever in December of 2017.

While the linebacker for the Pittsburgh Steelers braced for the head-on tackle he would take during a play against the Cincinnati Bengals, Ryan dropped on the turf and instantly put his hand on his back in the middle.

Although the NFL athlete had the ability to roll over, it was becoming more and more clear that he was unable to move his legs very much. According to New York’s Daily News, tests indicated that Shazier had endured a spinal contusion. Two days later he would get a spine stabilization surgery. The underlying uncertainty was always there about if he would ever have the ability to walk again because of the spinal cord injury. 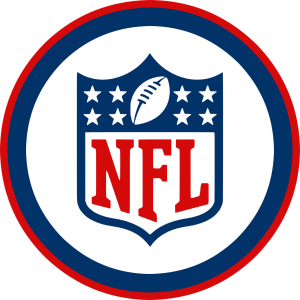 Shazier marked the release of his stay in the beginning of February at the University of Pittsburgh’s Medical Center after he uploaded a video of himself standing on his own to Instagram. The 25-year-old has been posting photos and videos of his apparently miraculous comeback continuously (he even put up a video of doing pull-ups at the gym).

“I’m getting a lot better. I feel great,” Shazier said to NFL.com a month later in March. “Each day is a hurdle, but each day I assure you it’s getting better.” He also mentioned how “I go to rehab four times each week for two hours each day. The day is a new journey all the time and I’m getting better constantly.”

During the opening night of the NFL Draft at AT&T Stadium in Dallas on Thursday of 2018, Shazier left everyone in the crowd stunned. When the NFL commissioner Roger Goodell, went and took to the stage to unveil the first-round pick for the Steelers, Goodell included Shazier’s special appearance.

“Everyone is inspired by him,” Goodell said and then the cameras swept to the hallway of the stage to show Shazier standing on his two feet and walking with his fiancée. As Shazier stepped towards the podium to reveal his team’s selection — Terrell Edmunds, a safety from Virginia Tech — the people exploded in ovation at the heartening sight.

“I’m truly humbled and blessed from all the love, support and prayers I’ve gotten,” he described. “Thank you for helping to keep me going.” The post brought in nearly 90,000 likes with hoards of people saying how much he is a “true inspiration.” A particular Instagram comment simply said of Shazier, “the soul of a lion.”

Throughout his engagements with NFL.com, Ryan made it evident that he doesn’t just have the desire to compete in football with the league again, but the goal is to end up in the Hall of Fame. “The aim is to let the Lord bring me back to play at the level I once was,” Shazier mentioned to NFL.com.

“Each day is an effort to improve. I aim for the Hall of Fame and the whole time out on the field this year was me doing that. I continue to do that as I’m in rehab.” Shazier’s perseverance and the way he dreams of what’s still achievable is the thing that allows him to remain focused on regaining the mythical path he was set towards only a year back. “I can feel that it’s still possible,” Shazier mentioned. “With the Lord at my side, I know that I’m going to make a comeback and play football.” 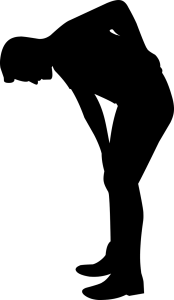 Come See Us At The Spine Institute Northwest!

At the Spine Institute Northwest, we want to help make you more mobile this summer! Conveniently located in the Seattle area, our team of dedicated surgeons is available to guide you to a more mobile life!

Contact us today at (888) 712-0318, or visit our site to set an appointment for a free MRI review. We offer the total care package that allows us to make a personalized plan to make you ready for summer activities!

Don’t sit on the sidelines this fall! Call the Spine Institute Northwest today!

“I No Longer Have Pain!”: Esteban Castaneda

How to Keep Your Back Comfortable in the Car