Melissa Drewery has struggled with morbid obesity most of her life. She’s also endured more than 5 years of back pain since injuring herself in 2009. Her obesity made her back pain much worse.  Having been told by 5 separate doctors that the pain she was experiencing was due to her sciatica and the only recourse made available was weight loss, stretching, or anti-inflammatories.  “Not one of them did an X-ray, asked for an MRI, did anything. They pretty much said it was sciatic pain and there was nothing they could do for me,” Melissa recalls. 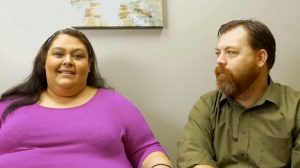 Melissa found herself depressed. “It was pretty dark at times ’cause I couldn’t do things and I’ve always been somewhat active and able to do what I want, and then to not be able to, to be stuck in bed or stuck sitting all the time was really, really depressing.”

After getting no answers, nor help from past doctors, Melissa was losing hope.

Melissa’s experience with Doctor Kamson, however, was very different.

Doctor Kamson told Melissa that the back pain wasn’t caused by her weight. Though she was told that losing weight was “something for her to do later on”, the immediate concern was her back pain and her injury, which was a separate issue.

Dr Kamson mapped out everything regarding Melissa’s recovery period and was pretty true to it. Now Melissa can go to work and still function normally when she gets home without needing medication.

After her successful treatment at Spine Institute Northwest, Melissa encourages others like her to have their own checkups and asserts, “I  know it sounds cliché, but in less than a year my life has dramatically changed for the best.”

The Best Aquatic Exercise for Back Pain Relief

Complete Step by Step Guide: The Benefits of Using an Exercise Ball for Lower Back Pain