Chronic pain works its way into every part of your life. What can at first seem like something you can deal with on your own starts to affect everyone around you as you become less able to stick to your normal routine. Lorraine Kuzior, who goes by Lori, found herself literally falling down on the job after a back injury caused by a car accident. “Sometimes it would be a sharp pain and you’d catch yourself,” she remembers, “Other times I’d be numb, and [it was like] the limb wasn’t there.” 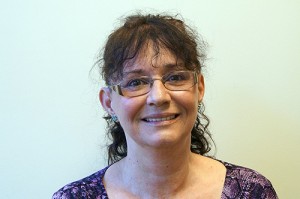 Lori soon found herself unable to work, or even to accomplish everyday tasks at home. “I was beginning to feel like I was an invalid inside the house,” she says. Unable to take the pain any more, she sought medical advice — and found that with the back surgery that was required, she would be laid up for even longer. “[The doctor was] telling me a 7 to 10 days hospital stay, and three month recovery, a lot of it on your belly,” Lori recalls. “And this just wasn’t what I was looking for.”

A friend told her that her mother had had success with laser spine surgery, and Lori began doing online research. When she found the Spine Institute Northwest, “My mind was made up before I’d even gotten my first appointment,” she says. “That’s what I wanted. I did not want to be an invalid for any longer.” She had a minimally invasive spinal fusion with BioD regenerative therapy. Lori says, “I was just astonished to come in for the surgery and be able to leave that night.”

Overall, Lori says her experience with minimally invasive laser spine surgery has “more than exceeded” her expectations. She had hoped to just be able to stand and work again, but “it has gotten me back to a place I don’t remember.”

When Should You Start to Worry About Back Problems?