When you’re living with chronic pain, at first it can be like background noise — just a dull ache or a twinge here and there that you can more or less ignore. But over time, that noise grows in strength. Before you know it, what was once the equivalent of elevator music is suddenly like having a high school marching band serenading you at all times. 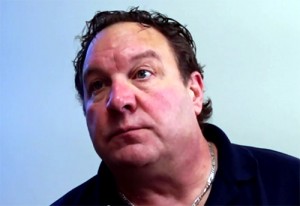 That was what happened to 60-year-old Michael Reitz. As his chronic back pain increased, he progressively began to withdraw from his usual daily routine. Michael found himself slowing down at work, “Slacking off because I just couldn’t put up with the pain,” he remembers. It wasn’t just on the job, either. “There was times when the family would want to go do something, and I would say ‘I don’t know if I can do that’ because I was afraid of having to stand or walk too far,” Michael says.

Eventually, Michael decided enough was enough — it was time to silence the pain. He did extensive research that led him to Dr. Solomon Kamson and the Spine Institute Northwest. By the time he made it to having his procedure, “I really didn’t have any concerns,” Michael says. “Dr. Kamson was pretty thorough.”

Following a minimally invasive spinal fusion and decompression, Michael gradually experienced relief from his constant pain. “It took a couple weeks before I really got rid of all the pain,” he says, but seven weeks out he’s pain free and headed back to work full time. And if you’re experiencing pain like Michael was, his advice is to “definitely get hold of Dr. Kamson.”

Hear more about how Michael found relief with the Spine Institute Northwest: