With chronic pain, every day brings its own challenges. You may feel well enough to be more active today, then be stuck dealing with extra aches and pains tomorrow. No matter how hard you fight, chronic back and neck problems tend to get worse with time—until you decide that enough is enough, and it’s time to get back your life. 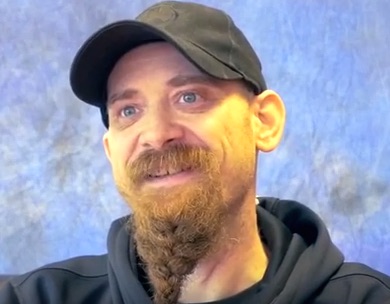 That’s just what happened to Jeremiah Dawson. He lived with chronic pain in his back and neck for nearly 10 years. Working as a field-training officer, Jeremiah’s job helping to train rookie police officers kept him active and on his feet. In 2006, he’d begun experiencing regular back pain, but it wasn’t until one particular incident that Jeremiah realized it might be a bigger problem than he’d initially thought.

Jeremiah was on patrol with an officer he was training when they encountered a suspect who took off on foot. “During that foot pursuit, every time that my feet hit the ground, I’d get a sharp pain that went down whatever leg hit the ground,” he remembers. “At that point I knew that it was more than just a backache.”

His pain progressively worsened, and soon he was often bedridden. It wasn’t just that he couldn’t work—Jeremiah was also disheartened that he couldn’t spend time with his wife and children the way he had in the past. After many diagnoses pushing him in different directions, he was referred to Dr. Kamson.

“That started me down the road, and I haven’t looked back,” Jeremiah says. “I haven’t regretted one moment.” He wound up having minimally invasive fusions in his lumbar spine and his cervical spine. Jeremiah notes that people are often hesitant about fusion procedures, because they fear it will impact their range of motion. While “part of that is true,” he says, “I have more motion in my neck and my back than I did before the surgeries,” because he had been so limited by pain.

Jeremiah’s wife and kids now see him as “a different person,” finally able to spend time with them and enjoy activities together. He can walk unaided, go fishing with his son, and play with his daughter. “I’ve lived this almost 10 years,” he says. If you’re suffering, “Just keep pushing through. It’s a battle. One day at a time, and there is light at the end of the tunnel.”

Hear Jeremiah talk about how his life has changed:

Complete Step by Step Guide: The Benefits of Using an Exercise Ball for Lower Back Pain